The authentic flavors of Morocco, bursting with flavorful superfood spices! Free of gluten, dairy, soy, nuts, grains, and a long-winded story about my childhood that forces you to scroll down for eight minutes before finally arriving at the recipe. So… enjoy! 😉 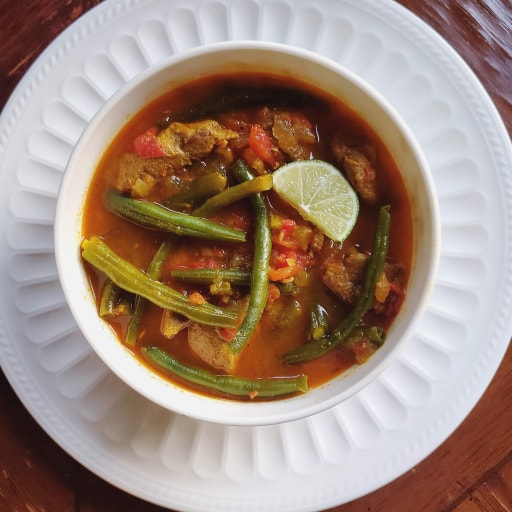 Interested in healing your body naturally?
Get the answers you’ve been searching for, and heal your body for good… naturally.  We have successfully helped thousands of people across the country live a healthier life than they ever could have imagined, and specialize in dozens of different health concerns. Curious? Schedule your complimentary consultation with me today! Read the incredible reviews we’ve received over the years here.

The Paleolithic period, also known as a part of the Stone Age, lasted 2.6 million years ago to about 12,000 years ago and has inspired many an idea of what your plate should look like today. The modern dietary theory called the “Paleo Diet” or “Caveman Diet” professes that ancient hunters/gatherers shared a certain diet during that period, and that diet is still essential for reclaiming our health in contemporary times. While there is variability in the way it is interpreted, the diet typically includes specific vegetables, fruits, nuts, roots, and meat and excludes certain other vegetables, dairy, grains, legumes, certain oils, artificial ingredients, salt, & alcohol.

Now, my profession consists of telling people to eat vegetables. I’m not here to put down any diet that aims to do the same. I’ve been professionally trained in the modern Paleo diet, along with dozens of other dietary theories that I use with my clients. Any diet that says “just eat real food” is always going to point you in the direction of better health. But alas, I am an eternal “vegetable truther.” Where there is misinformation in the nutrition industry, I will seek to set the record straight. Do you follow the modern day “Paleo Diet?” Cool. Keep eating it. Just know it’s not actually Paleo. Many foods that are today being touted as being “paleo” did not even exist during the Paleolithic era. Many foods on the modern paleo diet “no” list were actually staples in a true, historically accurate Paleo diet. Don’t believe me? Keep reading. Are you interested in learning more about the real Paleo diet? Cool. Also keep reading.

Now the wonderful thing about any ancient, traditional diet is that there were no orthorexic rules that our society seems so obsessed with today- it was eat what nature provided, when nature provided it. A true paleo diet can best be described as “opportunistic omnivores.” I like that. Unfortunately today, that same term would translate to going to whatever McDonalds is closest to your house. 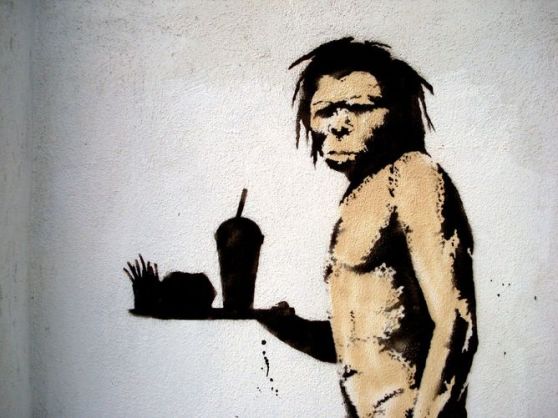 Using today’s terminology we could describe a true paleo diet as organic (all food was organic until the 1940’s), non-GMO (genetically modified crops were not manufactured and introduced into our food supply until the 1980’s), whole, local, seasonal, and wild. There were no isolated synthetic vitamins and minerals to fortify with, no preservatives, artificial colors and flavors, MSG and synthetic flavor enhancers, pesticides, herbicides, etc.

Paleo people were more well-nourished and had less famine than the Neolithic and more agrarian cultures that followed them. They had a wider variety of natural foods and they were foragers, with no dependence on a small number of crops and cultivated foods like we do in modern times. I can personally harvest over 30 species of wild plants in the park in my suburban village- imagine how much more food a person would have had within arm’s reach back in that period of time.

Although not quite old enough to be Paleolithic, Otzi the ice man gives us unique insight into what a diet looked like before most of our food was cultivated. As he lived near regions that we’ll be discussing and used most of the same methods to obtain his food, his diet likely would not vary much from a typical version of a true Paleolithic diet.

Otzi, the incredibly well-preserved iceman discovered in 1991, lived in the region that is now northern Italy, some 5,300 years ago. And his last meal consisted of… wild goat (Ibex) and Einkorn wheat.

Now wheat is an interesting one, as it’s been demonized by many different dietary theories today.

As a holistic nutrition practitioner with Celiac disease, I understand better than most how damaging gluten-containing grains can be. However, I also understand that everybody’s bodies are dramatically different, one man’s poison may be another man’s food and vice versa. Unless I work with a client and find them to have a genuine wheat or gluten allergy or intolerance, I will not immediately rush to tell them to eliminate it. When we get into cutting out whole foods without any solid reason other than “I read about it in this book” or “this guy says it’s bad for everyone” or “this person punched this into a machine and the printout says I can’t eat it” then meal planning and eating becomes this stressful, confusing, frustrating, messy, overly-restricted and eventually despised regimen. Common sense gets thrown out the window too many times. Keep it simple.

In some people the culprit may not even be the wheat itself, but what’s been done to it. The modern wheat you get in stores today is not even remotely close to distant cousins like Einkorn. For my wheat-eating clients I recommend ancient, organic varieties of it such as Einkorn or spelt, in the unrefined, unmilled form.

The term Einkorn wheat refers to two different types- the wild form, triticum boeoticum, or the domesticated form, triticum monococcum. As records of domestication of wheat go back to just 8,650 to 7,950 BC, this clearly was not a part of the true Paleolithic diet. However, archaological evidence in Syria found that humans may have started harvesting this wild wheat around 30,000 years ago. That makes this wheat a very paleo treat. Triticum boeoticum has been traced back to pre-neolithic sites in Turkey and areas throughout northern Europe. It is a low-yielding grain, thus was eaten in small quantities. Wheat was eaten in the same way we’d eat it in its whole food form today- boiled in water whole or eaten as porridge, similar to how we make oatmeal today.

wheat! it’s coming for you!

Anthropologists have found that proportions of foods consumed varied quite a bit. You tend to find that chillier areas are more meat-heavy out of necessity. The extra calories, fat, and warmth were needed to thrive in cold climates. When you were hungry, you hunted.

Certain areas have also been found to be far more plant-based, with very small amounts of meat. Other areas were higher in carbs, with tubers being a main staple. So a paleo diet did not necessarily mean lots of meat or low carb, either. It is estimated the average true Paleolithic diet consisted of 3.6-4.2 pounds of fruits and vegetables daily.

So lets compare. How does the modern “Paleo diet” stack up against the true historically accurate Paleo diet?

wild grapes would have been eaten during paleolithic times

Foods you think are Paleo that really aren’t:

So while of course there are large variances in the true Paleolithic diet based upon what was available at the time, here’s the rundown of what was really eaten during that time period:

On top of that there are many of today’s wild foods that we know were around during Neolithic times. I have no reason to believe these were not available 12,000 years ago or longer:

boletes like these that my husband harvested would have been eaten

Curious, intriguing, surprising, and inspiring isn’t it? While I’m not telling you to go make this your end-all diet, I do think our modern “diet culture” can take some lessons from the Paleolithic peoples. Eat real food, mostly plants, no whole natural food is inherently bad, and relax. Oh, and eat your nettles.

Interested in healing your body naturally?
Get the answers you’ve been searching for, and heal your body for good… naturally. We have successfully helped thousands of people across the country live a healthier life than they ever could have imagined, and specialize in dozens of different health concerns. Curious? Schedule your complimentary consultation with me today! Read the incredible reviews we’ve received over the years here.